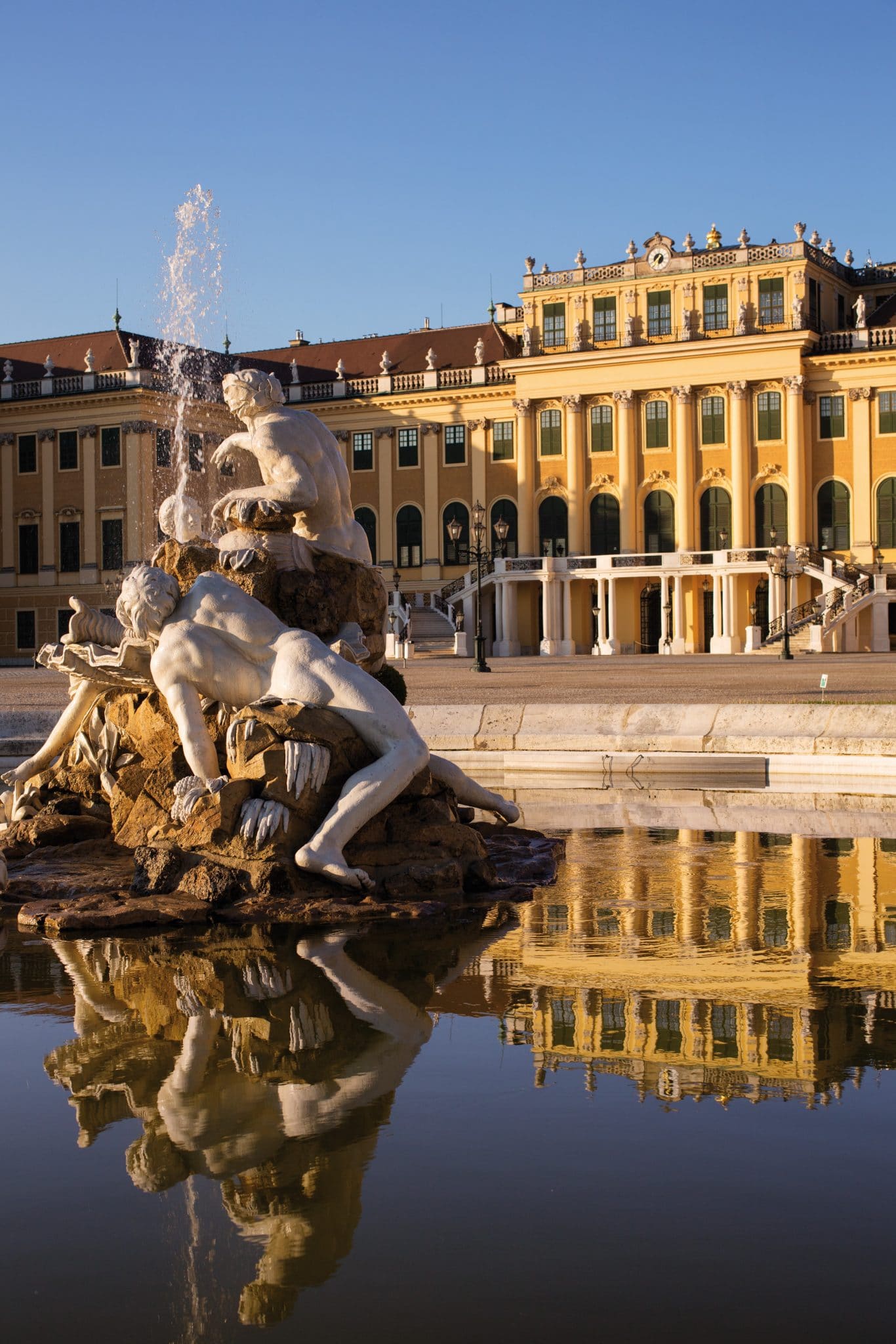 Vienna is an explosive mix of style. On one hand, imperialism and its gigantic monuments, and on the other, Art Nouveau, which can be found in different locations within the city. The city’s ability to mix these different trends, as well as that of artists like Hundertwasser who has linked architecture to ecology, make this city a modern capital that has kept its heritage and traditions.

Less than 3 hours from Europe’s largest capitals and less than 2 hours from Paris, Vienna guarantees you a green getaway in a city centre dotted with parks.

The centre of Vienna, the capital of Austria, located east of the Danube lies within what is known as the “Ring” which is actually the tram line that surrounds the capital. A capital where greenery is everywhere. We realize that before we even land. The few days spent in the capital allowed us to discover more about Austrian culture and its history.

When we think of Vienna, we think of classical music and Sissi, but Vienna has much more to offer. First of all the city is full of hotels of classic style as the Kempinski – Palais Hansen or the Park Hyatt, that of modern style like the So Vienna, designed by the architect Jean Nouvel and which offers a restaurant on the top floor with a breath-taking view of Vienna and its surrounding vineyards.

The city also has palaces more sumptuous from one to another. Obviously the Hofburg imperial palace which has rooms that can be privatized both during the day and in the evening as needed, but also several more intimate palaces perfect for Gala evenings on the Viennese theme. A carriage transfer to your evening’s venue will be the ideal way to also discover the beauty of the monuments of Vienna at nightfall.

Viennese gastronomy has nothing to envy to its neighbouring countries. The cuisine is indeed quite rich and meat-based with the unmissable Wiener Schnitzel but also the Tafelspitz, beef stew. The most famous dessert that you can enjoy during a coffee break in DEMEL’s most reknown bakery is Sachertorte, a very chocolatey cake. This pastry shop is known to have been the official supplier of kings and emperors.