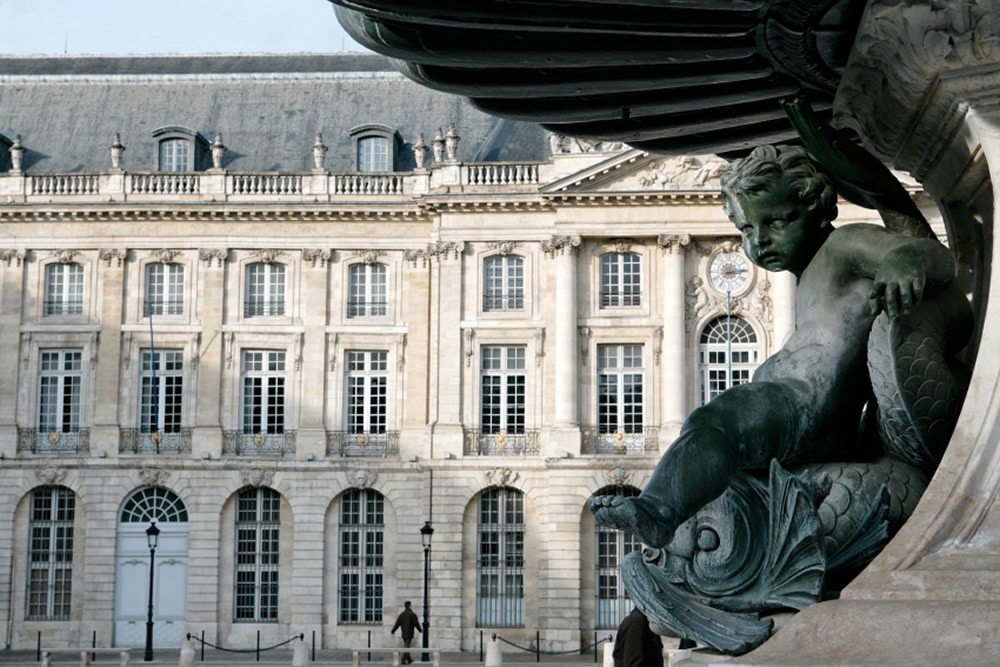 A city does not become “Best European Destination” by chance!

The motto of the Bordeaux Tourist Office, “Bordeaux is not a destination, it’s a way of life”, beautifully sums-up the spirit of the city.

Bordeaux is a city of French lifestyle, tradition and history, where you can feel the past, live the present, and taste the future! 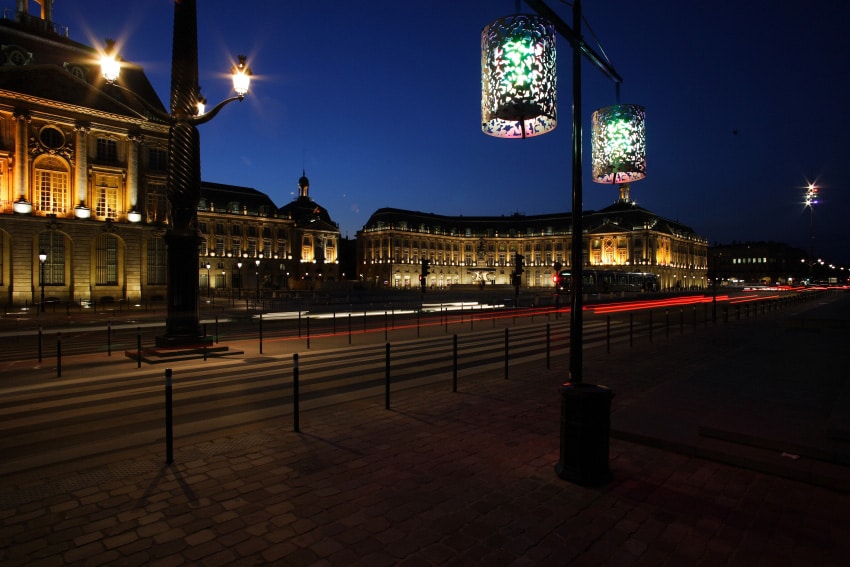 The town has such a human scale and pedestrian streets that strolling in the streets is the best way to enjoy the atmosphere of the old Bordeaux, learn about the city’s amazing past and fall in love with its stunning architecture and façades. The city hasn’t known the war which means that all the churches, bridges and other architectural treasures mostly of the 17th and the 18th century still stand!

This jewel of the 18th century has so much to offer. Here are some visits and experiences we suggest:

-Visit the Cathedral St André where Eleanor of Aquitaine married Louis VII, future king of France and then divorced in 1152 to marry Henri de Plantagenet, future king of England and then climb the 229 steps of the nearby Pey-Berland to enjoy a fantastic view on the town.

Breathe at Quinconces square and take a picture of Montaigne and Montesquieu’s statues, respectively born in Dordogne and Bordeaux area.

Discover the Sunday market on Quai des Chartrons and taste some oysters and white wine.

Feel the atmosphere of the wine bars of the St Pierre district.

Bike on the quays discovering the two fantastic bridges “Pont de Pierre” and Chaban Delmas bridge and make a stop at the Darwin Ecosystem.

Enjoy the South West gastronomy with Bordeaux wines in a Bistrot of a charming square.

Attend an Opera performance at the Grand Théâtre.

Stroll along the Chartrons district and bargain in the numerous antique shops of rue Notre Dame.

Discover the contemporary art exhibitions of the CAPC (Modern Art Museum), former wine warehouse transformed into a fantastic museum in 1983. 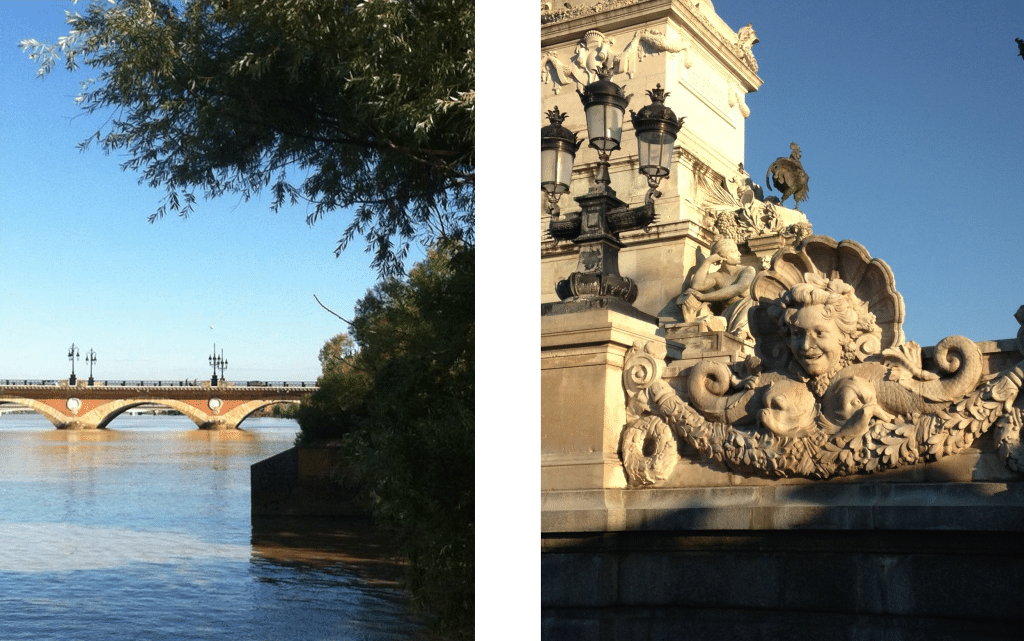  In November 2014, the city officially obtained the “Bordeaux Metropolis FrenchTech” label and is now on its way to become a “smart city”. Bordeaux focuses on developing future technologies and industries (aerospace, lasers, health, agronomy…) and in this line Xavier Niel, the famous French entrepreneur and businessman of the mobile operator and internet service provider Free, will hold a conference on the 18th September, 2015 at the Palais des Congrès of Bordeaux.
 In addition, from 5th to 9th October 2015, the ITS (Intelligent Transport Systems) World Congress will take place at the Parc des Expositons. It’s the world’s largest event in intelligent mobility, but also the biggest event never organized in Bordeaux after Vinexpo!
 And don’t miss the 5th edition of Bordeaux Digital Week next year from 6th to 9th April 2016 to explore the very latest in digital experiences – It’s France’s most important annual creative technology event!
 Moreover, huge investments in infrastructures and many innovative digital projects have been launched:
-In May 2015, the new football stadium which will host the UEFA championship in 2016 was inaugurated – A contemporary building designed by two Swedish architects Jacques Herzog and Pierre de Meuron.
By June 2016, the Center for Wine and Civilization will open. More than a museum, the site will offer the world’s most original experience

– An innovative immersion in the culture, history and spirit of wine with the latest interactive digital technologies. This iconic modern monument will also have on its top a panoramic restaurant with a 360° view.

Another spectacular building plan for 2016: The MECA (Maison de l’économie créative et de la culture Aquitaine) – A sort of giant arch where will take place contemporary art exhibition, shows and conferences. Just like the Guggenheim is for Bilbao, this building should be the new symbol of Bordeaux!
By 2017, the current train station of Bordeaux will be extended and is planned to become the second biggest train station in France! The objective is to create a faster rail connection that will cut the trip from Paris to Bordeaux to 2 hours.
And that’s not all: Creation of a business center, a new bridge of 550 meters to connect the right and left banks of the city, public areas, residential districts… Today, Bordeaux combines successfully old with new: It has been transformed by urban restoration and is now much more attractive and easier to discover.

Thanks to Mayor Alain Juppé, the city is determined to become one of the biggest French cities of the 21st century. 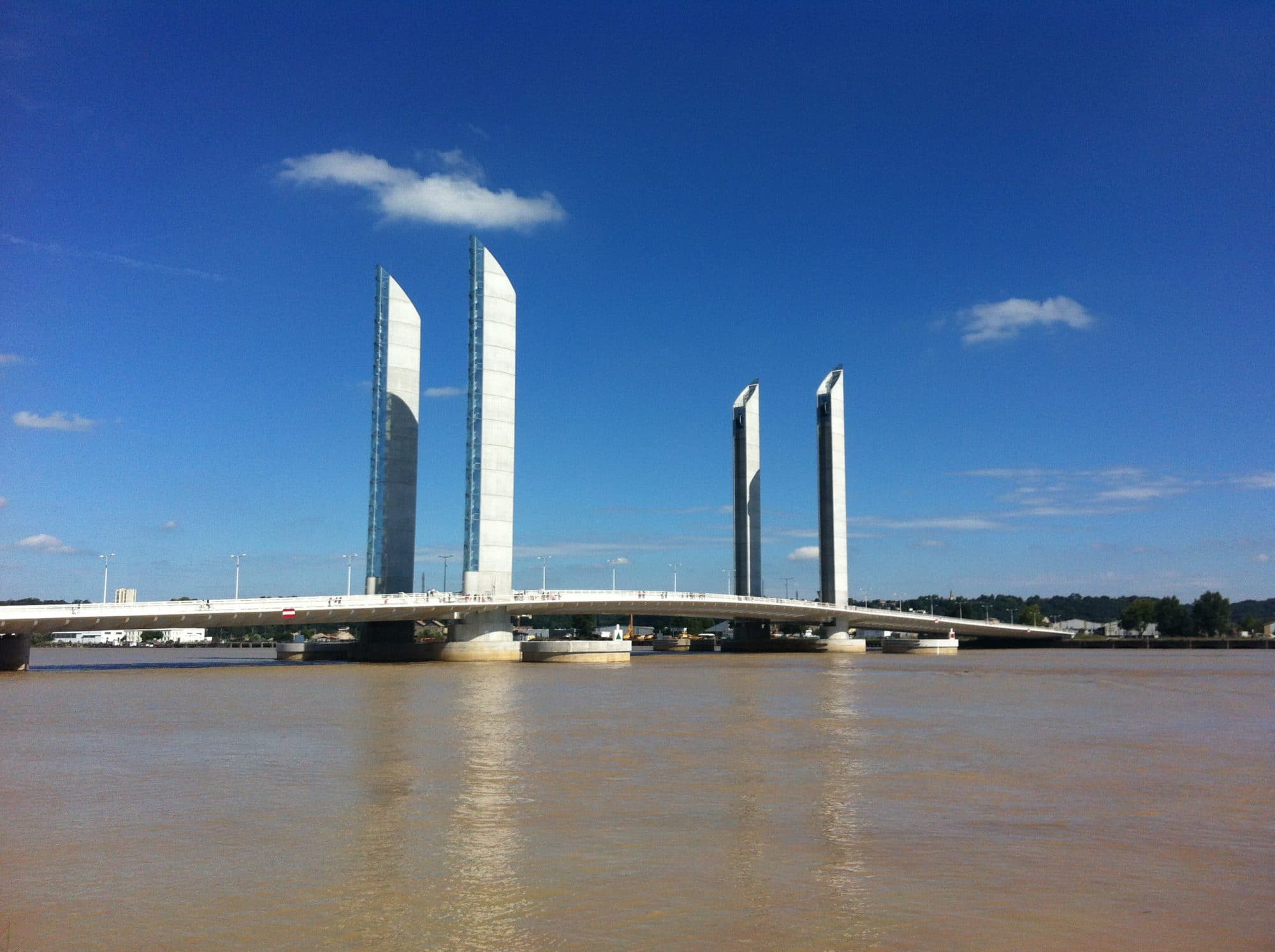 Vineyards and Gastronomy
The word “Bordeaux” is first and foremost associated to “prestigious wines”. Every two years at the end of June the city organizes a festival “Bordeaux Fête le Vin” to allow visitors from all over the world to taste the best wines which have made its reputation.

The Gironde department produces more wine – in terms of “appellation controlée wine” – than any other in France. A trip to Bordeaux would be actually unthinkable without visiting at least one wine-growing region, without tasting one of the wonderful wines from around Bordeaux’s famous vineyards. 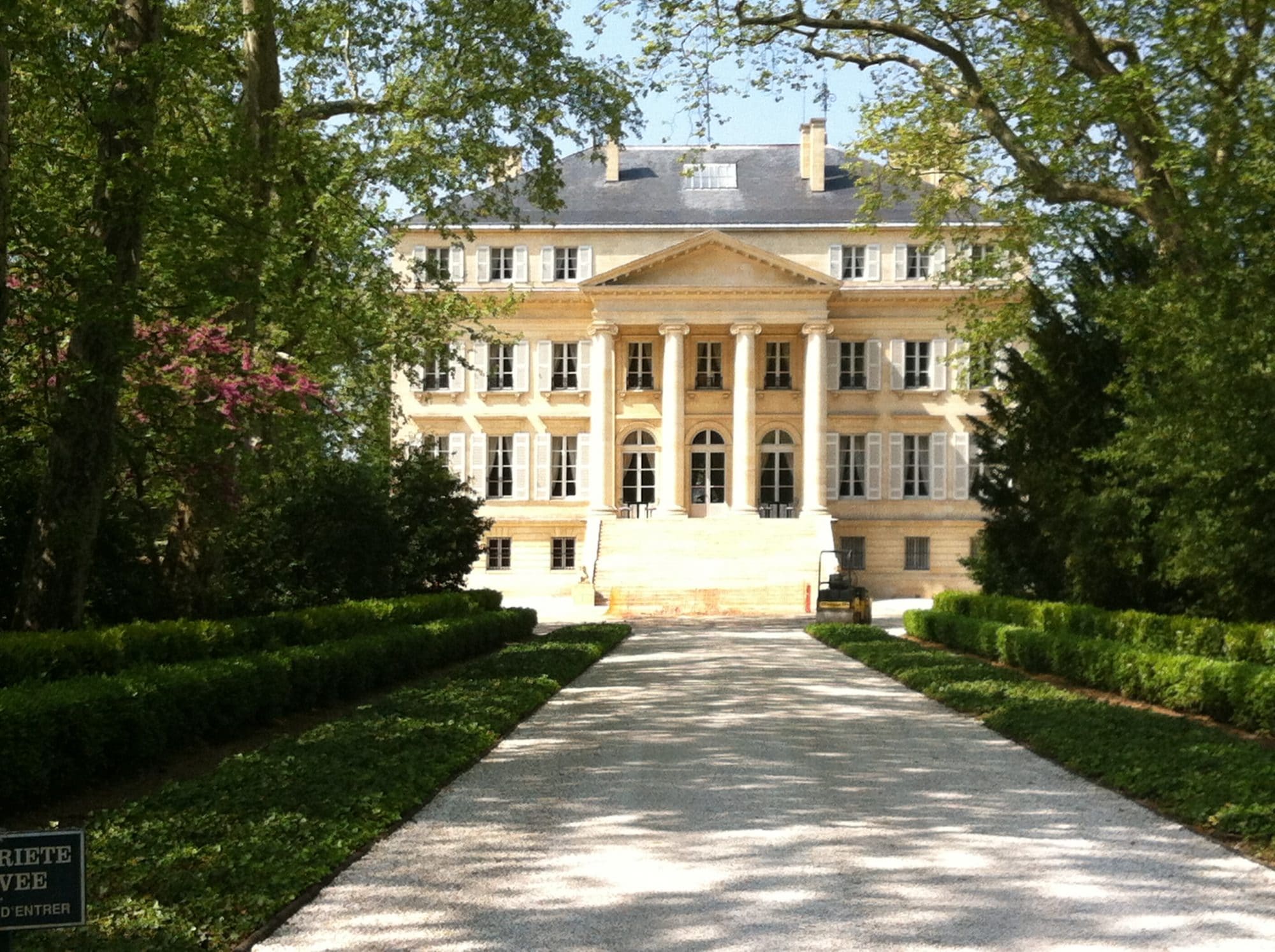 Close by Bordeaux, you can discover a lot of well-known Wine Château and vineyards: In the Médoc, the marvellous world famous Château Margaux and the Château du Tertre; in the north of the wine-growing region of Graves, the Château Haut Brion, rated “Premier Cru”, but also the Château Pape Clément; in the Pessac Leognan the Chateau Smith Haut Lafitte…

Then, further away (1H00), the authentic and charming village of Saint-Emilion is waiting for you. This small medieval town is surrounded by 5,500 hectares of vines and is listed as a World Heritage Site by UNESCO. There, you can visit the Château Villemaurine or the Château La Dominique. 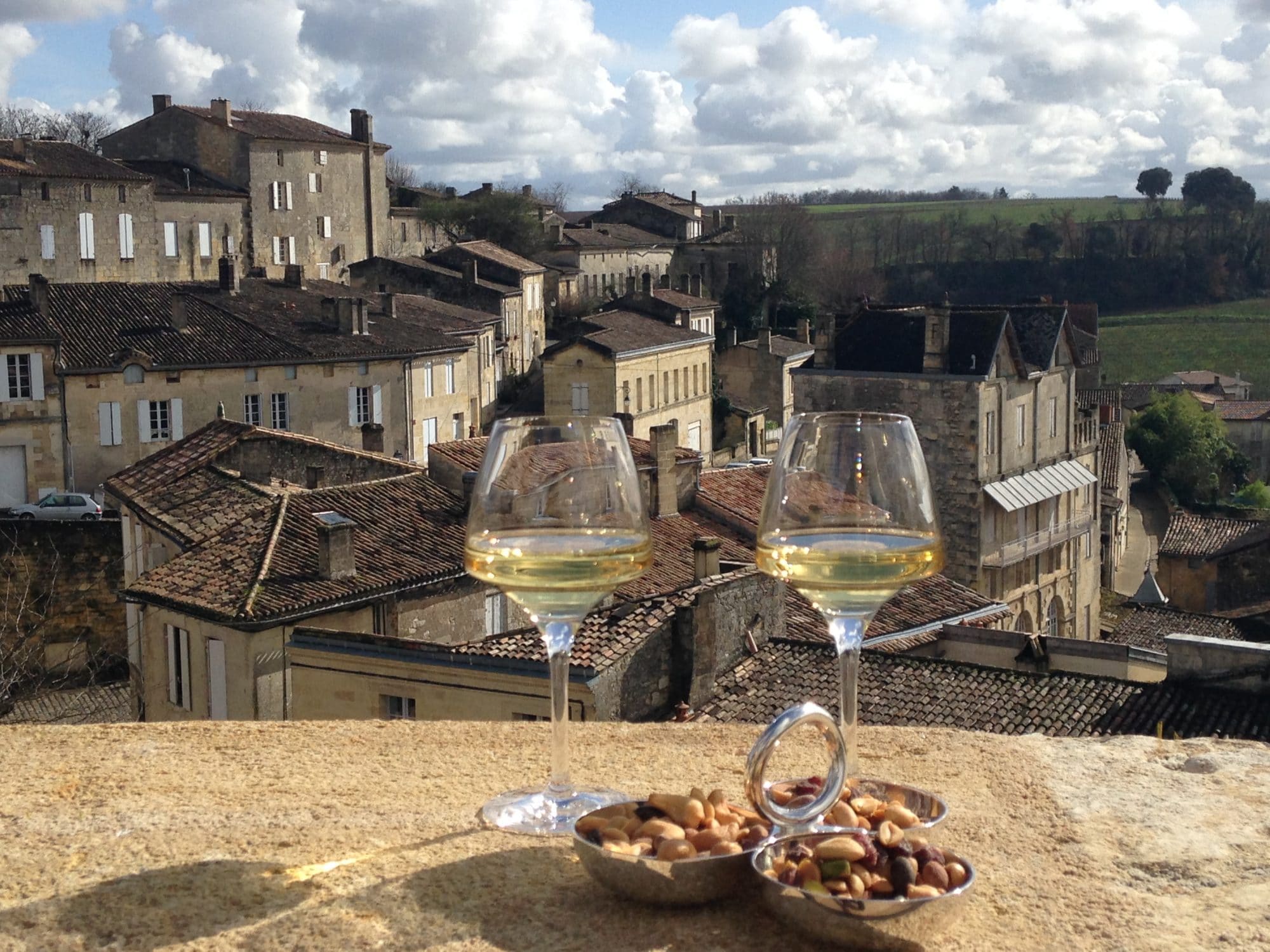 Bordeaux also boasts a lot of good restaurants, plus brasseries, and most of all, unfashionable wine bars, such as Le Millésime, which offers a selection of Grand Crus wines by the glass.

You can have a gastronomic cruise and eat on Le Sicambre, an old ship which has been restored at the end of 2014, or in Saint-Emilion’s vineyards at La Terasse Rouge du Château La Dominique, which opened in April 2014.

And, did you hear the news?!
Gordon Ramsay, the British chef and star of “Kitchen Nightmares”, is the new head chef of Le Pressoir d’Argent restaurant in the five-star Grand Hotel de Bordeaux Hotel and Spa, directly opposite Le Café de l’Opéra restaurant, that’s set to welcome this September 2015 the famous French chef Philippe Etchebest who presents the French version of “Kitchen Nightmares”. Philippe Etchebest was chef at the two-star Michelin restaurant Hostellerie de Plaisance in Saint-Emilion for 10 years before he decided to settle at the Café Opéra of Bordeaux.

In addition to these celebrity chefs, the renowned chef Joel Robuchon, the most starred chef in the world, settled at La Grande Maison in Bordeaux last December – The “star war” began!

Hotels and flights
There are numerous hotels in Bordeaux to fit with every budget and every taste:

In the city center, luxurious hotels such as the Grand Hotel de Bordeaux and Spa located in front of the Grand Théâtre, the elegant Hôtel de Seze with an 18th century atmosphere on the Allée de Tourny, the exclusive Yndo nestled in a typical 19th century mansion and the Burdigala Hotel near the Place Gambetta; or contemporary hotels like the Mama Shelter designed by Starck which recently opened and the Seeko’O Hotel. Furthermore, in 2017, a new “urban” hotel is set to open: The Radison Blue.

Outside the city center, but not so far: the Pullman situated near the Palais des Congrès and Casino Théâtre Barrière. Since the extension of the line C of the tramway, this hotel is now just 15 minutes from the city center.

You are from Dublin, Belfast, Birmingham, Bristol, Edinburgh, Glasgow, London or Liverpool? Do you know that you have direct flights to Bordeaux? Good news, isn’t it?

In short, Bordeaux is the place to be! And we are waiting for you.
Sanbao Events is at your entire disposal to prepare a special program for you, adapted to your wishes and budget.